Many normal natural things in life are seen positively by some people, but resented by others. Take a rainy day, for example. Some might complain about it, while others might consider it a blessing because it waters their crops or grass. Sometimes something that one person would jump at the chance to do and be thankful for, such as moving to a new location, another person could hate and resent having to do. Anything can become a source of bitterness, even things that aren't actually bad in themselves or that someone else might even consider good. It often depends on how you take events or circumstances.

On the other hand, there are some things that are not merely a matter of personal attitude, which we would all agree are not good or desirable in the natural sense: a physical handicap, a car accident, a house burning down, etc. If you have a physical handicap, that is something that has obviously caused you a lot of pain. It's not your imagination, and it's very natural for you to be down about it. Yet even our handicaps can be turned into stepping stones to a better life; like rungs of a ladder, they can help you climb higher than you could otherwise.

Each of us has something in our life that could seriously hinder us if we allowed it to get us down. But the wonderful thing is that God has made a way for us to overcome those things. In fact, He intends for us to. Because His help is always available, circumstances do not have to dictate our behavior.

The beautiful colors of the rainbow can only be seen through the prism of rain.

We certainly don't have to be limited emotionally, mentally, or spiritually by the problems of our distant or recent past. In fact, God often allows those "bad" things so we will fight to overcome them and grow stronger in the process. Instead of looking at obstacles or mishaps or bad experiences as terrible drawbacks and horrible handicaps, we can use those things to better our own lives and the lives of others.

Look at all the men and women throughout history who rose above seemingly insurmountable odds to become great. They had to fight harder to overcome those obstacles, but in so doing they became stronger. Instead of complaining that life had given them a "lemon," a bad deal, they "made lemonade out of their lemons." Because of their supposed handicaps, they rose higher than they would have otherwise.

Beethoven was stone deaf when he composed some of the most beautiful music ever written, and Thomas Edison was deaf when he invented the phonograph. Alexander the Great was a hunchback. Homer was a blind minstrel. Renoir painted some of his finest masterpieces when his fingers were so twisted by rheumatism that his artist's brush had to be strapped to his hand. Handel's right side was paralyzed when he composed his greatest work, "The Hallelujah Chorus!"

Very often it's also the people who have overcome difficulties who are in turn able to help others have the courage and faith to overcome theirs. Their personal examples are proof that it is possible to rise above seemingly impossible situations.

It takes both rain and sunshine to make a rainbow

If Helen Keller hadn't been blind and deaf from infancy, she never would have had the opportunity to become the inspiration that she was and continues to be to millions, and she never could have said, "I thank God for my handicaps, for through them I have found myself, my work, and my God."

Booker T. Washington was born a slave and worked in coal mines and salt mines before becoming an educator, a spokesman for African American causes, and founder of a college for young African Americans.

Jerome K. Jerome lost his father when he was 12. At 14 he had to go to work to support his mother and sister. His life got even harder when his mother also died, but eventually Jerome became a writer, not of sad stories but of humor. After such a hard beginning in life, he said, "It is from the struggle, not the victory, that we gain strength."

There are so many advantages to having problems and difficulties! If we didn't have any, we'd be complacent and meander along casually, not building the strength of character that comes from overcoming adversity. The beauty that often results from suffering wouldn't have a chance to blossom in our lives. We wouldn't appreciate our loved ones as much, or find true friends in those who come to our side in times of need. We wouldn't have as much understanding or compassion on others who are going through the same things, or know how to help them.

Sometimes troubles are the only way God can get us to turn to Him for help, or teach us to put our trust in Him, or to get us to yield to Him, or to stop us from doing something wrong. He also uses our trials and difficulties to humble us, to teach us patience and mercy, and to help us not be self-righteous, among other things. If we never had any trials, we wouldn't find our strength in God. We also wouldn't experience the thrill of discovering that He will come through for us! 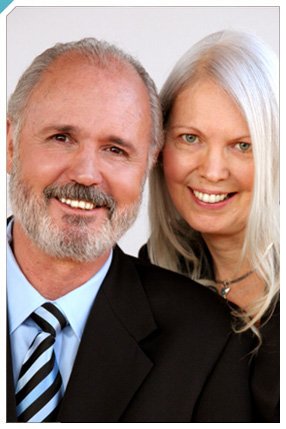 Each of us has something in our life that could seriously hinder us if we allowed it to get us down. But the wonderful thing is that God has made a way for us to overcome those things. In fact, He intends for us to.